I’ve had the pigment sprinkles for a while and had a little play but I’ve just received these stamp sets and had to play again. Pigment sprinkles are messy but so much fun and very effective.

To check out me making these cards watch the below Facebook Live video where I made all three.

I gave some tips on how I coloured just the mermaid tail and unicorn hair using the pigment sprinkles and post-it notes. I think for a first attempt they came out pretty awesome and look just the way I was intending (aside from some little splotches).

Why choose? Just use them all!

I had three stamps sets and all three cards used images and sentiments from all three sets. These were:

The first card I made was using the star cut-outs from So Many Stars Bundle which was the only addition to the cards I used. 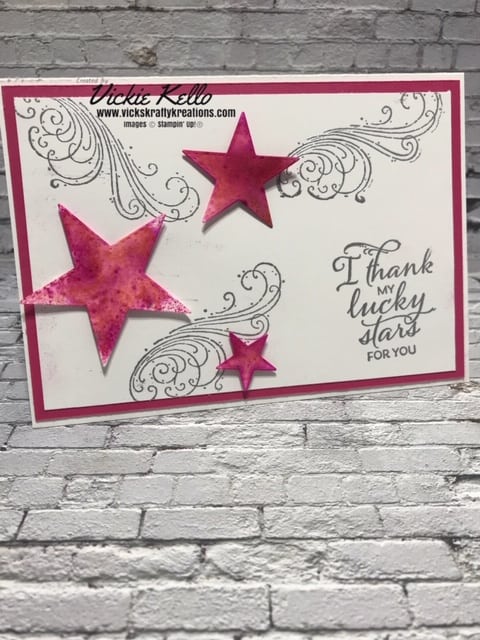 I used silver embossing powder for the sentiment and the swirl images. 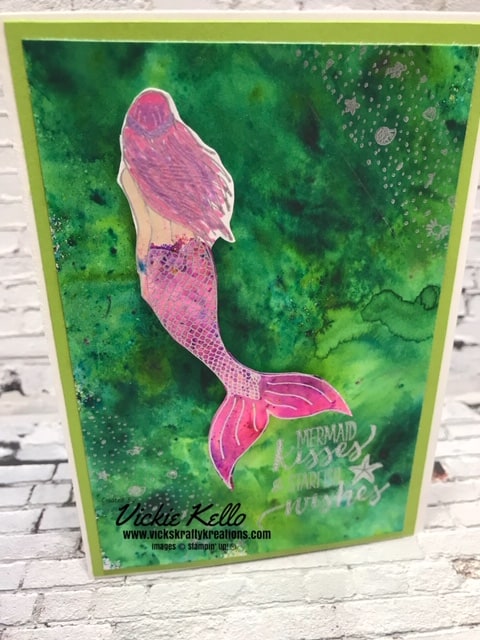 using silver embossing powder for the sentiment and the shell images. I ended up using some blends to colour the hair but if I had of thought of it earlier I could have used the pigment sprinkles the same way I did the tail. I then used the ivory blend to colour the skin. 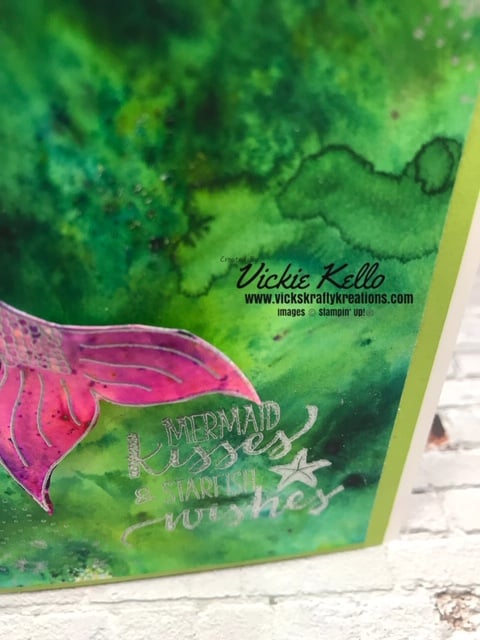 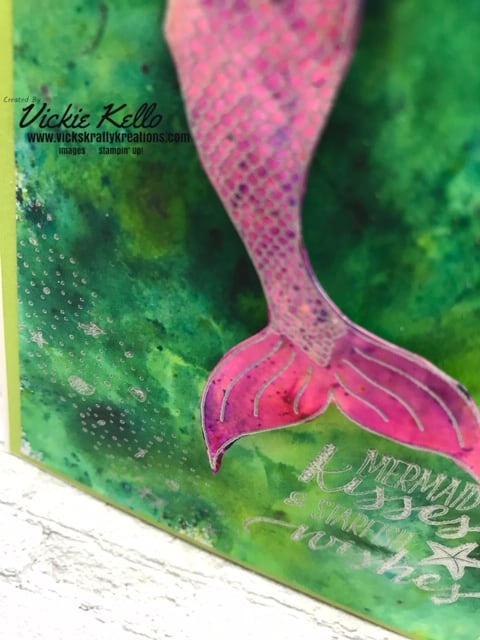 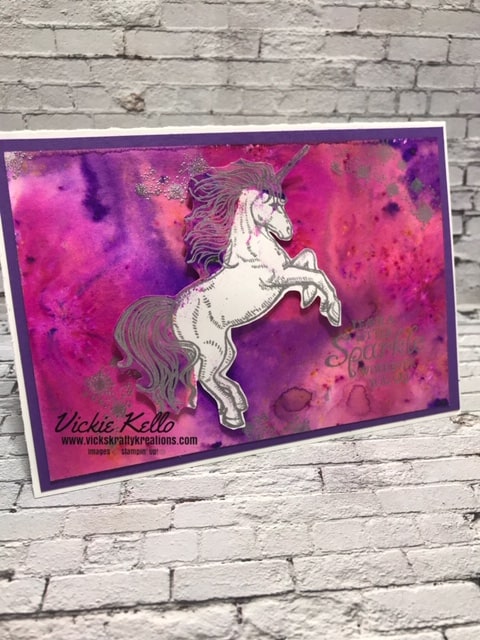 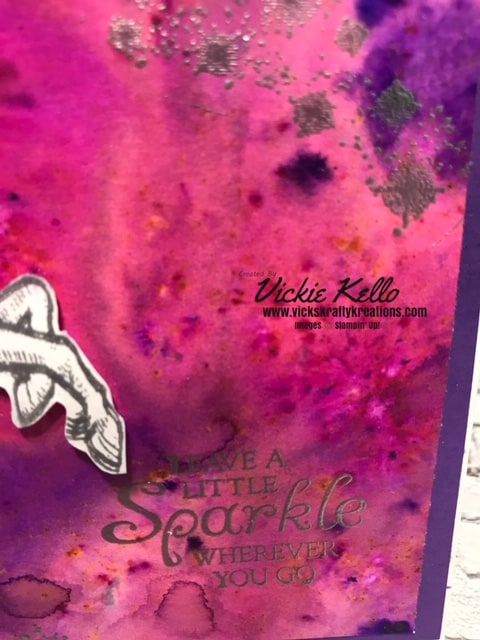 The sentiment is in silver embossing powder again, it doesn’t show quite as well int e picture but in real life, this does stand out quite a bit. 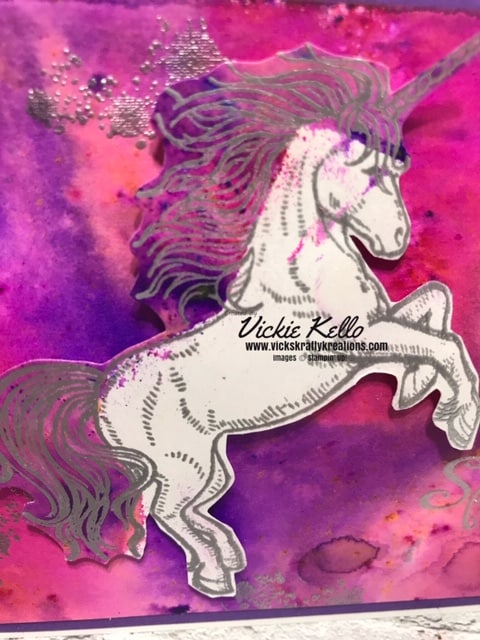 I did have a little smudge on the unicorn but I was pretty happy with this result for attempting this the first time in a live video. Pretty much what was in my head did translate to the paper which I would say is a success.

Pigment sprinkles were a lot of fun but why is cleaning up not as fun as creating?

So if you watched the whole video you would see I ended up in a bit of a mess with my hands, bone folder and ruler. I tidied up as much as I could and then I proceeded to wipe down my desk after the video ended and this is the result. 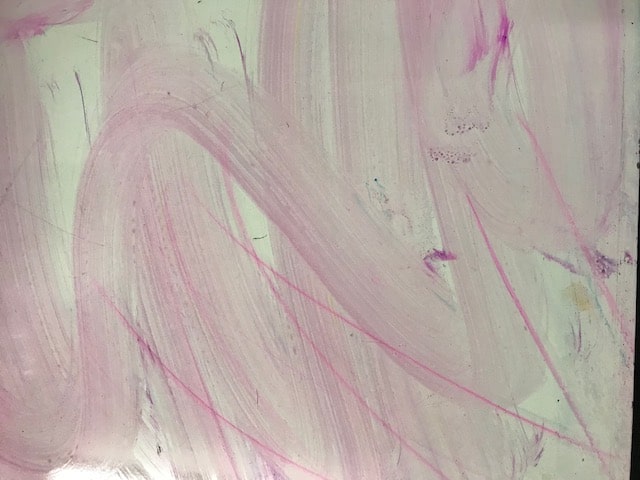 Those pigment sprinkles go a long way and get everywhere. My suggestion for anyone using them is to make sure your whole surface is covered in plastic and to wear gloves. I had grid paper down but these went a lot further than the grid paper and this was only the sprinkles outside of that area and then I wiped the desk. I thought they would come up easy but they seemed to be staining my white desk. 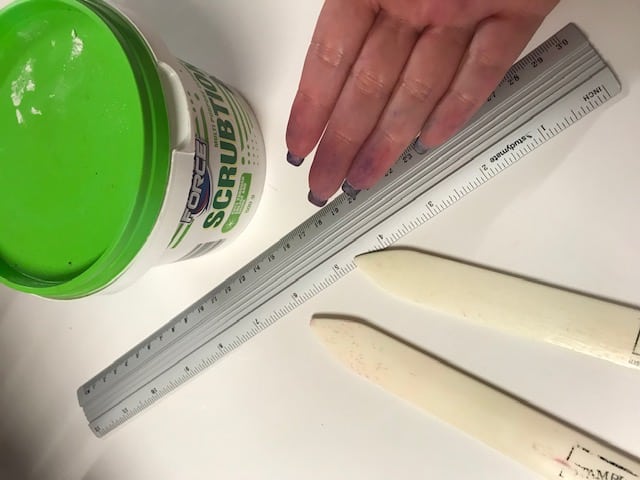 Anyways after a little while, I resorted to Scrubtion, which is Aldi’s version of Gumption and is fabulous. I cleaned off everything including my hands (although it did sting my hands a little).

Hope you enjoyed the video and these cards and I have inspired you to give them a try, pigment sprinkles are messy but so much fun.

Do not already have a Stampin’ Up! Demonstrator!!

know and I will pop one in the post for you. 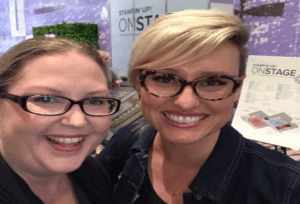 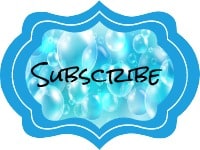